On April 10th, Bittrex reopened registrations for new users after a lull in which registrations had been shuttered. Now, the crypto exchange is pausing new registrations once more, this time to “make necessary the tweaks,” as the Bittrex team explained on Twitter.

American cryptocurrency exchange Bittrex, which currently handles daily trading volume of ~$190 million USD, just reopened registrations for new traders, causing many users to make a run on the site to take advantage of the new window.

The. Wait. Is. Over. New users can once again register on the @BittrexExchange. Want to sign up? Visit https://t.co/F7hqiiZplX and don’t forget to check out our enhanced website while you’re registering for a #Bittrex account. Learn more at: https://t.co/p9XX6eERqC

“The. Wait. Is. Over,” as Bittrex put it, though the waiting would quickly resume. That’s because registrations were almost immediately halted thereafter in order to make unspecified “tweaks.”

Sorry for the inconvenience. Due to an overwhelming response from new users, registration is temporarily paused. We're working to make the necessary tweaks and reopen signups again shortly.

Bittrex apologized for the temporary kerfuffle and declared that signups would be starting again soon. Roughly five hours later, as signups still had yet to be reopened, the exchange announced they had a “fix” on the horizon.

Thank you for your patience as we work to reopen signups for new users. We’re getting closer to a fix, and we’ll resume new customer registrations as soon as possible.

Definitely not the smoothest roll-out, but it looks like they’re moving quickly to rectify. Those who do signup during the next round will at least have the reward of an entirely new trading UI for the wait.

For contrast, the old UI looked quite different: 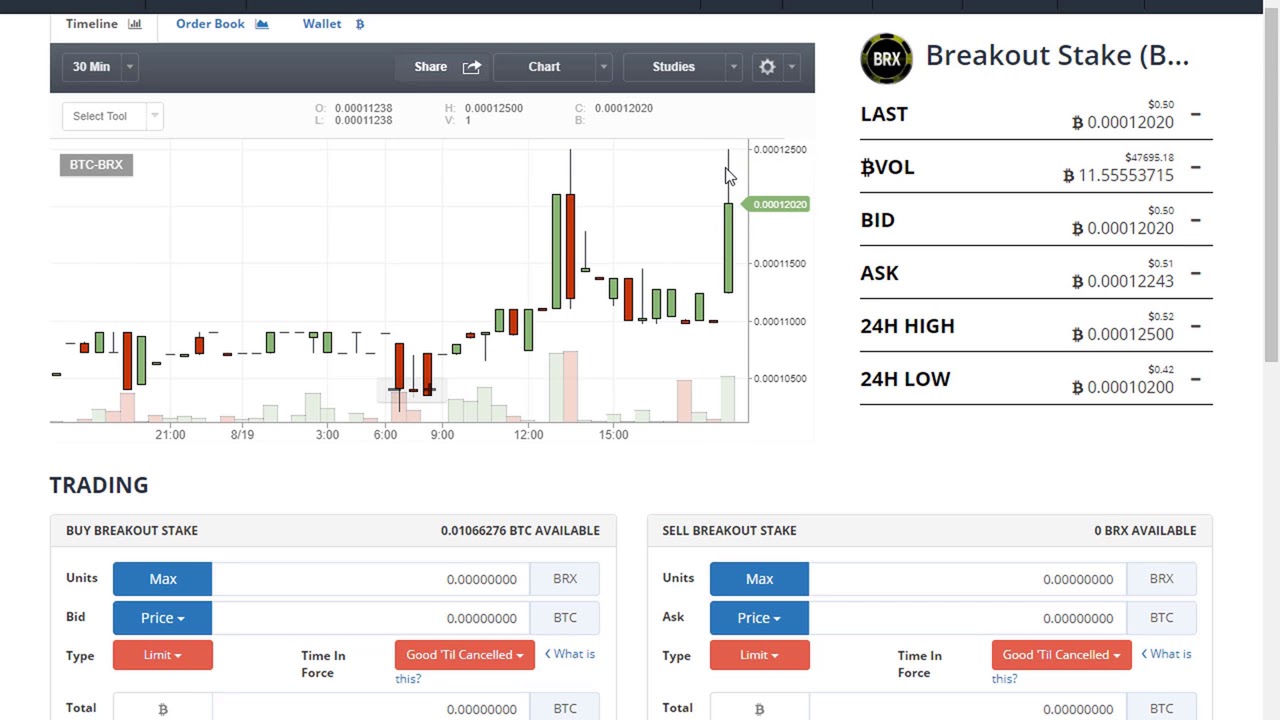 Growing, But May Need More Growth Yet

In their press release announcing their current, though paused, signup window, the Bittrex team said their ranks have swelled over the last twelve months to meet the surging, albeit acutely humbled cryptoverse:

“During the past year, Bittrex experienced tremendous growth due to the unprecedented interest in blockchain technology and digital currencies. To keep pace with that growth, Bittrex has expanded from four, full-time employees in early 2017 to more than 50, including the addition of top-level talent from the Department of Justice, the Department of Homeland Security and Amazon. Bittrex also significantly increased the number of support staff to include almost 100 representatives, who are working to ensure the company responds to customer requests in a timely and efficient manner.”

So long as it’s dealing with interest it considers “overwhelming,” the exchange will need to keep growing in kind.

What’s your take? Are you a member of Bittrex, or have you been trying to signup yourself? What do you like/dislike about it compared to other exchanges? Sound off in the comments below.

So Deepak Chopra Is Speaking at the Ethereal Summit