The loss of a single gram of weapons-grade plutonium by Idaho State University highlights that even in a field as sensitive as nuclear research, there’s always room for logistical improvement. That’s an interesting dynamic to consider since supply chain facilitation is one of the most obvious use cases for blockchain tech.

It’s not that blockchain can solve everything — it’s moreso the common quip “blockchain is a solution without a problem yet” is too much of an over-generalization.

One potential blockchain use case, then? Securing sensitive nuclear materials at public universities in America.

It’s not to say that universities don’t already employ rigorous security standards with said materials. It’s rather that a recent incident at Idaho State University highlights how blockchain tech might further solidify these standards.

Per a Nuclear Regulatory Commission proposal dated May 4th, 2019, the NRC recommended fining ISU $8,500 for “(1) the failure to control and maintain surveillance of licensed radioactive material; and (2) the failure to provide accurate and complete information to the NRC in its inventory records.”

Specifically, ISU landed themselves in hot water after losing one of 14 grams of plutonium isotope (Pu-239) and having no records regarding a possible transfer of the materials.

The official concern, of course, is that such materials could be used in the creation of crude dirty bombs.

DLT to the Rescue?

Now, it goes without saying that blockchain technology wouldn’t necessarily be a catch-all solution to securing nuclear materials. What it could offer, though, is another added layer of security and transparency — two things worth intensifying in nuclear research.

Specifically, I’m talking about logistics via blockchain, i.e. making an immutable data trail that can transparently track objects through their entire lifetimes.

The ISU case is so interesting because its contours reflect deficiencies that a blockchain-backed logistics system could seemingly readily rectify. As Motherboard reporter Daniel Oberhaus put it in his recent piece on the episode:

” … when no records of [the gram’s] transfer were found at the lab, the university began reaching out to its staff members and waste brokers that may have known the whereabouts of the material. They even went so far as to open some nuclear waste drums to look for the missing plutonium. When no records of the missing plutonium were found, the university contacted the NRC in October.”

If a blockchain system had been used, the investigation could be much more forensic and rapid. The moment the missing gram disappeared from the university’s “supply chain” could’ve been identified. 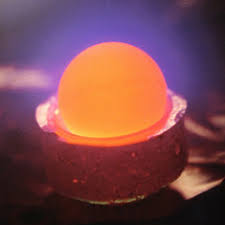 Because of the promise of blockchain logistics, there’s already been an explosion of recent notable pilot projects. There’s Alibaba’s recently announced “fake food” blockchain program. IBM’s angling to track precious metals similarly. And Coca Cola’s teamed up with the U.S. State Department on a blockchain pilot to root out slave labor in Coca Cola’s supply chain.

What’s your take? Do you think logistics will be a big part of blockchain’s future? Let us know what you think in the comments below.