Ethereum recently completed the first phase of its two-part upgrade “Metropolis”. Named “Byzantium”, this hard fork was aimed at improving security and performance. While the first part didn’t bring about any drastic changes and the network didn’t experience any major hiccups, let’s have a look at what lies ahead. Are we going to face an energy crisis? Is this how the world is going to end?

Also read: Demystifying Ethereum: So Much More Than Just Money

The second part of Metropolis, “Constantinople”, is expected to bring about some rather drastic changes, the star of the show being “Casper”.

Casper is a whole new, reimagined way of achieving consensus. With the introduction of Casper, Ethereum is all set to replace the traditional proof-of-work (POW) algorithm with “proof-of-stake” (POS). To understand it better, let’s do some jargon busting first. So, here we go.

Proof-of-stake is a new method of achieving consensus by betting. Each node that wants to earn profit by participating in adding blocks to the blockchain — and ensuring the validity of transactions — needs to place a bet to do so.

This method is all set to replace the traditional miners, who currently need to solve complex mathematical problems for the same purpose. With proof of stake, each participant will place a bet on which blocks are valid and should be added to the blockchain. So, if most of the participants bet on the same block, they all gain some reward and others lose the bet they placed on incorrect blocks.

This is an elegant way of ensuring security. While this is just an overview of the POS method, the underlying math is rather complex and makes it really difficult for any attackers to perform a “51 percent attack”.

There are many more advantages to incorporating this change. The most prominent is the energy consumption concern that is created due to the mining (by traditional POW method) process. Now that participants no longer need to solve complex problems demanding huge amounts of energy, this change would make it a really eco-friendly method of achieving consensus while ensuring safety at the same time.

The so-called miners are the ones who decide which blocks are to be added to the blockchain. They are required to form a consensus and agree upon the valid blocks. They do so by solving complex mathematical problems, which requires considerable amounts of energy.

Theoretically, if a particular entity or group of people gain control over 51 percent of the total power, or hashrate, they would gain a monopoly in deciding which blocks — which are basically a container for transactions — are valid and must be added to the blockchain history.

This would allow them to even reverse transactions and “double-spend” the same blockchain tokens easily. With proof-of-stake, gaining 51 percent power would be equivalent to gaining 51 percent of all ether (ETH), which is quite a huge amount and is certainly impossible to gain for a small group of people. As the price of ETH rises, this would become even more difficult.

It is worth noting that, even in cases of a 51 percent attack, the attackers will only be able to gain control of a small number of current ongoing transactions — and not the entire history. Moreover, the developers are going to take additional steps to ensure that even in case of a 51 percent attack, a self-triggering algorithm would ban those nodes from the network.

The proof-of-stake concept has been out there for quite some time now, and many major cryptocurrencies might shift to it in the future. Some of the lesser-known ones like Peercoin and Blackcoin have already implemented their custom versions as a means of achieving consensus.

With the introduction of Casper, Ethereum’s own custom version of POS, it is expected to become more mainstream. However, it is still not clear how it will be implemented. That is, would it be some kind of a hybrid, or a complete shift from the traditional method?

So, to conclude it all, the world is definitely not going to end, provided that people show enough confidence in the idea behind cryptocurrencies and start investing more, for democracy can only be strengthened by active participation.

What do you think of these radical changes to Ethereum? What would you like us to explain next? Please share your thoughts in the comments. 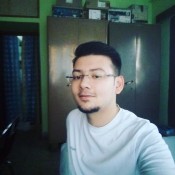