The Bank of Indonesia has just announced that bitcoin is not an officially-recognized medium of payment in Indonesia, pouring water on a fintech sector that was just getting fired up.

Assuming that the Central Bank is as unaware as others of how blockchain technologies work, PT Bitcoin Indonesia is assuming that the ban extends to all cryptocurrencies.

“There have not been any direct requests from the Bank of Indonesia to Bitcoin Indonesia to close down these two websites. However, as both sites enter the grey area that the statement has created, we have decided to comply with the Indonesian regulator because our exchange member is our main concern.”

“There are no problems with the exchange, and no need to be concerned. Actually we are currently expanding our exchange business therefore we want to make sure all our business is inline with regulators.” Darmawan said he meets in person with the regulators at the Otoritas Jasa Keuangan/Financial Services Authority in order to keep them up to date on his company’s activities in the space.

Further, he said that “in Indonesia, regulators are only concerned about bitcoin as a payment mechanism, but not a problem as a safe haven asset.”

While Indonesia appears to be following China in stifling blockchain technology development in the country, Japan’s regulators have opened the doors to open source cryptocurrencies as payment mechanisms in the country.

Large department store chains like Bic Camera and Marui are openly advertising their acceptance of bitcoin as a payment option.

However, bitcoin itself is not being banned in Indonesia and, unlike in China, exchanges there are functioning as usual.

Bitcoin ‘Not a Legal Method of Payment’

Last Thursday at the Bank of Indonesia building in Jakarta, governor Agus Martowardojo stated strongly that bitcoin is not a legal method of payment, so if it is used as a method of payment then action will be taken.

“I hope there won’t be any transgressions in Indonesia,” he said. Previous to this statement, it was widely understood that as long as all payments were denominated in Indonesian rupiah (IDR), it did not matter which form the transfer took place in.

Now this situation appears to have changed, affecting the many hundreds of businesses who receive transfers denominated in IDR, but paid using bitcoin as the transfer mechanism.

With bitcoin, international transactions confirm in as little as 10 minutes at a cost of around IDR 10,000, compared to the very high cost and long delay receiving payments via PayPal, bank transfer or with international money transfer services like Western Union.

Indonesia Will Pay More in the Future

Additionally, there will be a cost for being a late adopter of the technology. In the future, when the government will likely allow it, this will leave Indonesia dependent on providers from those countries that did not stifle development of the technology.

This decision will have a negative effect on many fintech startups in Indonesia who were banking on building on top of the innovative and highly-secure open source platform. It is rapidly growing in popularity and in price, which reached all-time highs this week.

Pundi X is a Jakarta-based blockchain startup that is developing point-of-sale devices that allowed cryptocurrency transactions for transparency and security. Zac Cheah, CEO of Pundi X stated to Bitsonline that:

“Pundi X supports the bitcoin as a virtual item which can be bought and sold. We will strictly follow the rule of Indonesia and recognize IDR as the only currency in Indonesia hence bitcoin (and other crypto) will not be used as a way to purchase goods and services.”

Based in Indonesia, their business will now be focused on those countries that allow payment transactions in cryptocurrencies to take place. Luckily for them, there are still many.

Based on the law then it is recommended that any businesses accepting bitcoin as payment for goods and services in Indonesia put this service on hold until clearer statements from the Bank of Indonesia and Financial Services Authority are made. But to be even more clear, bitcoin itself is not being banned in Indonesia — and unlike in China, it’s business as usual on the exchanges.

What approach should countries take on businesses accepting bitcoin? Let’s hear your thoughts.

Tweet25
Share29
Pin
Share64
89 Shares
« 1 Bitcoin Is $10,000 - If You Live in Zimbabwe
On the Legal Edge: Report From Crypto Cannabis 2017 in Denver »
Tagged With: Asia Bank of Indonesia Bitcoin Acceptance Indonesia Oscar Darmawan 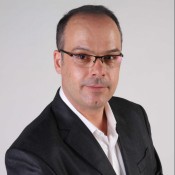