Eastman Kodak Co., more popularly known as Kodak, is officially marrying photography licensing with the blockchain. After announcing a new Ethereum-based KODAKCoin on Tuesday, Kodak’s stocks rocketed upwards thanks to the “blockchain bump.”

One of the great promises of smart contracts is their ability to digitally consolidate intellectual property in ways that were previously never conceivable. Numerous projects — e.g. Po.et (POE) — are popping up in the cryptocurrency space to attempt fulfilling such promises. Cue here the entrance of mainstream photography titan Kodak Co.

That’s per a Tuesday press release in which Kodak announced its partnership with WENN Digital. The licensing agreement will facilitate the creation of KODAKOne, a platform for managing image rights, and KODAKCoin, the cryptocurrency of the rights-based platform. 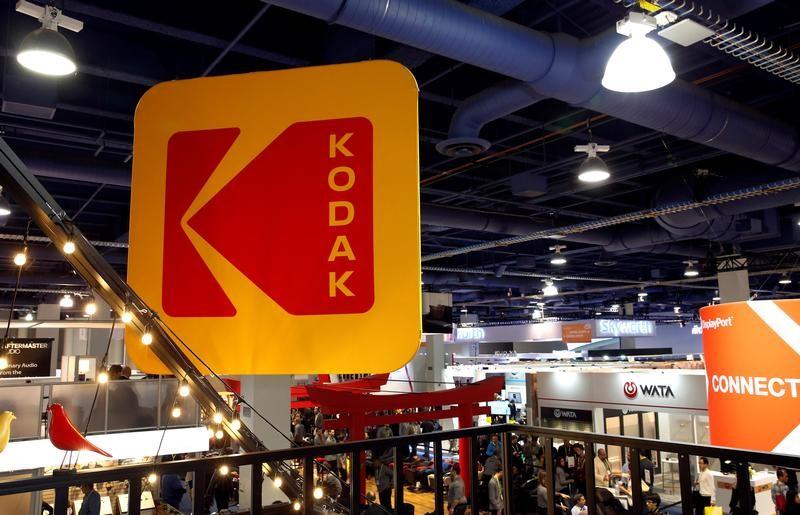 “Utilizing blockchain technology, the KODAKOne platform will create an encrypted, digital ledger of rights ownership for photographers to register both new and archive work that they can then license within the platform. With KODAKCoin, participating photographers are invited to take part in a new economy for photography, receive payment for licensing their work immediately upon sale, and for both professional and amateur photographers, sell their work confidently on a secure blockchain platform.”

Notably, KODAKCoin will initially be released as an ERC20 token on Ethereum, though Kodak Co. acknowledged in another statement that they’re exploring launching their own native blockchain:

“We are using Ethereum Smart Contracts, but we’re also developing our own proprietary blockchain and will evaluate the optimal solution during development.”

So if Ethereum wants to maintain Kodak’s adoption without congestion problems causing eventual flight, scaling needs to be handled. More quickly and urgently than ever, at that.

Also worth pointing out is KODAKCoin will be “issued under SEC guidelines as a security token under Regulation 506 (c) as an exempt offering.”

With this bold move into blockchain image-rights management, CEO Jeff Clarke is helping Kodak — a company in business since 1988 — pivot decisively into the 21st century.

And there’s no question that photographers have been hit hard in the digital era, struggling to make ends meet as digital copies of copyrighted photos float freely around the web.

Herein lies the problem that KODAKOne will try to solve. As Clarke noted in the press release:

“For photographers who’ve long struggled to assert control over their work and how it’s used, these buzzwords are the keys to solving what felt like an unsolvable problem.

Kodak has always sought to democratize photography and make licensing fair to artists. These technologies give the photography community an innovative and easy way to do just that.”

While Kodak Co. clarified in a later statement that Kodak “will not receive proceeds on the ICO,” as WENN Digital is running the Initial Coin Offering in question.

Regardless, though, Kodak’s benefited hugely in a different way — the “blockchain bump.”

As news of Kodak’s cryptocurrency announcement spread, the company’s stock KODK simultaneously surged over 100 percent, from $3.70 USD to $6.80 during Tuesday’s trading hours alone.

This impressive and acute performance is reminiscent of the boost Long Blockchain Corp. recently experienced in deciding to transition from Long Island Brand Iced Tea into a cryptocurrency mining operation.

The grand takeaway? Other companies would like to see similar stock explosions. And that dynamic alone will drive further adoption in the cryptoverse.

What do you think? Is this great adoption news for the cryptocurrency space in general? Let us know where you stand in the comments below.