A new free speech-focused social media site, Minds.com, just recently entered the test phase for the use of their new ERC-20 token. But what is Minds? What is the site all about, where is it going, and what will their tokens be used for? We had a chat with co-creator and CEO, Bill Ottman, to talk about his platform that hopes to unseat Facebook, Google, and Twitter from their entrenched positions.

Minds is a hybrid social media site that supports blogging, micro-blogging (think tweets or status updates), photo sharing, and encrypted messaging. The site is set up to allow for content monetization, which means the content creators can potentially earn some income for their contributions to the network. The site also allows for a Patreon-esque funding style where funding a content creator unlocks various benefits that they can choose to provide (like bonus content, interviews, and so on).

It has become quite popular with a number of social media personalities that have been slowly fleeing major sites like YouTube and Twitter after facing harassment and censorship.

Minds has a policy of free speech support and no censorship. This is in stark contrast to the other major media players which have been caught banning, shadow banning, and censoring content that they view “problematic,” whether or not it is illegal.

In addition to their stance on free speech, Minds is fully open-source and transparent. They have also stated that their goal is to become more and more decentralized and perhaps open to external audits. The service has a polished website, as well as Android and iOS apps.

To get a better understanding of what Minds is all about, and what they plan to do with their new cryptocurrency, we spoke with CEO Bill Ottman. Ottman, who recently appeared on Fox News with Tucker Carlson to talk about the platform and how Google is attempting to censor them, was kind enough to enlighten us on what the site aims to accomplish.

Our Interview with Bill Ottman, Co-creator and CEO

Robert DeVoe: What are your long-term aspirations for the Minds.com cryptocurrency? Do you plan to have any uses for it aside from the current use of boosting posts? For example, will it be possible to purchase your premium member service using tokens?

Bill Ottman: Yes. Currently you can use tokens to both boost your content for more views and wire to other users on one-time or monthly subscription basis in exchange for rewards and exclusive content. We will accept it for premium services and products as well in the future and will be continuing to monetize every feature of the app. The long term aspiration is to create a true utility token fueling the network and potentially other networks using the Minds software.

RD: What are some of the main advantages that your platform offers over other cryptocurrency-focused social media sites such as Steemit and http://yours.org ?

BO: Minds is more of a complete social network with newsfeed, images, videos, groups, channels, blogs, wallets, notifications, encrypted messenger and fully native mobile apps. Yours.org requires payments to engage which is a huge barrier to entry. Steemit is more of a basic blogging community and weighs voting power based on how much Steem is held, on Minds everyone’s vote counts the same. We are trying to build a fair contribution economy where you earn tokens based on unique engagement you receive, referrals, check-in, dev, etc. and we want to diminish “whale power”. That being said there are certainly interesting things about both of these projects.

RD: Will you eventually allow users to purchase the tokens directly from you? If so, will you accept cryptocurrency payments, and which currencies do you plan to support? I saw that the site previously accepted bitcoin, but it appears to not accept it at this time. Is this because of the current test net conditions?

BO: We are still determining the best way to achieve a token sale in a legally compliant way, but ultimately we want to support as much functionality as possible.

RD: Stepping away from the tokens for moment, I wanted to ask more about your dedication to free speech. Big companies like Google, when they were smaller, had different goals and aspirations. For instance, Google had the slogan “don’t be evil.” However, I believe many would argue today that Google is in fact stepping ever closer to being evil, if they aren’t already. For instance, YouTube is becoming notorious for censorship of legally protected, widely held but non-leftist ideas, and thus many YouTubers are fleeing for platforms like yours. If your company were to someday grow to anywhere near the size of Google, will you still maintain an absolute position of support for free speech, no matter what that content is (assuming that it is legal)?

BO: This is important. Google was always kind of evil because their software was always proprietary and secret which violates the digital rights of users. They also always surveilled. Twitter claimed to be a free speech platform and has certainly also drifted from that commitment. Avoiding this ‘drift’ is going to require a combination of constant community support, technology that decentralizes content off our servers entirely and everlasting principles.

The peer-reviewed research continually shows that censorship actually amplifies hate speech, violence and extremism and we are going to be publishing a paper on this evidence soon. So while these establishment platforms get the short-term illusion that they are solving these issues, they are actually making the problem on the Internet much worse and causing disenfranchised people to further radicalize. The recent YouTube shooter may even support this evidence. Obviously it’s a horrible tragedy and totally unjustified to commit any sort of violence like that for any reason but the fact is that a multitude of scientific studies point to it.

RD: The mainstream media likes to attack platforms like yours and call them “alt right” simply because your platform does not block or censor this type of content. How would you, as an organization, respond to such accusations?

BO: We actually have not really been labeled this and have solid representation of users from across the political and social spectrum. Free speech, privacy, transparency and rewards are not partisan issues at their core.

RD: Piggy-backing on that last question, it seems inevitable that those with, let’s say, unpopular opinions, will be among the first to use your platform. What steps will you take, if any, to maintain a public image of one that is politically neutral, and or one that is friendly to all ideologies?

BO: It has a lot to do with our corporate tone and not falling into the polarization trap which I think we have done a pretty good job of.

RD: Finally, based on your current growth trajectory, where do you see the company in the next 5 or 10 years? Do you feel that Minds.com has a chance to usurp Facebook, or at least to break up the social media monopoly? Or, do you think that Minds.com will always remain as a niche market (which isn’t a bad thing)?

BO: I think it is 100 percent inevitable that someday an open source, encrypted, monetized and decentralized social network of social networks will rise to the top.

The goals of Minds are indeed admirable. What is yet to be seen is if over time they are able to maintain their steadfast dedication to free speech even under what may become increasing pressure from external sources.

It’s quite likely that when Facebook, Twitter, and Google started, they did not set out to intentionally be censors of content. We can only hope that Minds’ business and technological model is one that will help to enforce their own dedication to free speech. 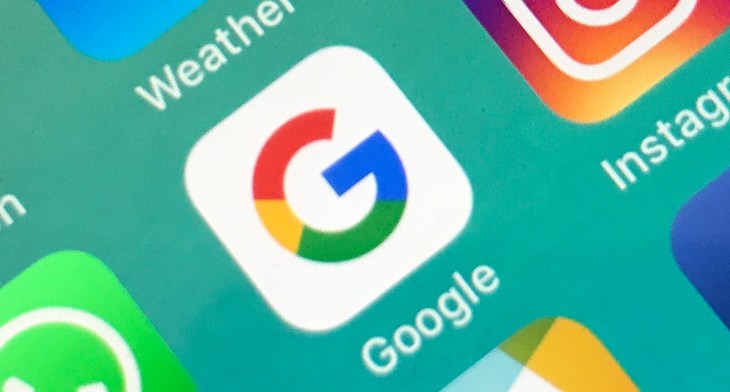 It’s possible that if services like Minds are able to unseat the major players, they may be forced to stop their iron fist tactics of speech control and thought policing.

What’s your take? Where do you stand on the social media wars going on right now? Sound off in the comments below.