An undisclosed number of top Russian nuclear scientists have been arrested by Russia’s Federal Security Service (FSB) for allegedly attempting to mine bitcoin on a government supercomputer. The powerful computer in question is located at the heavily guarded Federal Nuclear Center in Sarov, Russia.

Also see: Forbes Publishes List of ‘Richest People in Crypto’… That We Know Of

The FSB Is Always Watching …

The Federal Nuclear Center in Sarov is one of the hubs of Russia’s offensive, research-intensive, and custodial nuclear activities. As such, the facility is one of the most guarded locations in the entire world, and authorities keep a meticulously close eye on it. 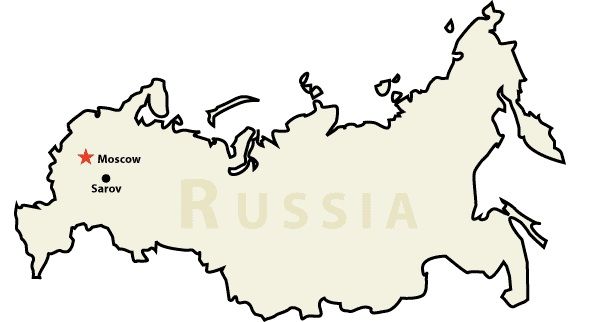 That’s why red flags were rapidly raised when the Center’s supercomputer connected to the internet for the first time: it’s supposed to stay offline at all times to prevent foreign intelligence services from hacking it, a la the Stuxnet attack against Iran’s Natanz nuclear facilities back in 2010.

Security forces within the Center quickly discovered that several nuclear scientists had been trying to mine bitcoin through the supercomputer. It’s not surprising why, considering that this particular computer has a 1 petaflop capacity — in other words, an astonishing throughput power of 1,000 trillion calculations per second.

Accordingly, the scientists were promptly placed in the custody of the FSB. A spokesman for the Federal Nuclear Center said a “criminal case” was already ongoing:

“There has been an unsanctioned attempt to use computer facilities for private purposes including so-called mining. As far as we are aware, a criminal case has been launched against them.”

If Russian nuclear scientists are trying to sneak some coin, you can bet a lot of people that don’t even have access to supercomputers are doing the same.

For instance, consider this recent email, which made the rounds on the cryptocurrency forums over the past several hours thanks to Redditor u/Kyzuuh. It shows a professor chiding his university students not to “mine Bitcoin” because departmental CPUs were being overloaded.

The professor didn’t realize it was Monero being mined, but even still, surreptitious mining activities are on the rise as the cryptocurrency craze marches on:

What do you think? Should the Russian scientists have been smarter in trying to use a government computer to mine bitcoins? Sound off in the comments below.