Tokens and the ICO Model: Why Bets on the Velocity of Money Are Bound to Fail - Bitsonline

Tokens and the ICO Model: Why Bets on the Velocity of Money Are Bound to Fail

According to available data, over $6 billion USD was invested in initial coin offerings until December 2017. That month alone, projects raised a cumulative $1.67 billion to emit tokens that come with no ownership rights, dividends, repayments or often even a functioning product to use them on.

An Initial Coin Offering (ICO), or also called a Token Generation Event, is usually a form of fundraising. A startup in need of money would pitch their product idea to a global audience in Telegram chats, YouTube channels, and Facebook ads.

Interested buyers can then send money, bitcoin, or ether (the name of the cryptocurrency used by Ethereum). The investors are then given an electronic token in return and the promise that this token might one day be in high demand for a service or platform built with the raised funds.

These schemes come in small variations with little relevance. The total amount of funds and the fundraising period may be limited or not and some tokens issued on the scheme’s own blockchain, but most are issued on the Ethereum blockchain.

Why Set up an ICO?

The ICO model is regularly depicted as a fertile grounds for scams. As the tokens come with little to no legal rights and protections, founders might be under the impression they can easily evade or ignore fiduciary duties, embezzle the money and underdeliver on their product.

Every day we hear of an ICO that ran away with the money they raised, while others have been shut down by the U.S. Securities and Exchange Commission (SEC). In total, auditing firm Ernst & Young estimated that up to 10 percent of all funds raised through ICOs has been stolen or hacked in some form.

Nonetheless, assuming ICOs are not all scams and the token offerings are largely undertaken to raise money, some projects have been able to raise upwards of $100 million. That’s a sum VCs and other institutional investors would likely not have released to mere ideas with a marketing prospectus called a “whitepaper” and without a usable product, or measurable traction.

Are Token Sales an Easy Workaround to Securities Law?

Securities law would prohibit you from selling shares in your company directly to the public, and issuing shares comes with certain obligations and legal duties.

Those buying these tokens rarely find themselves in the position of enthusiastic future users, as those users of the crowdfunding platform Kickstarter might do. They invest in the expectation of profit, and whether a token is listed on a cryptocurrency exchange or not is a significant part of the valuation of these tokens.

The SEC and their counterparts in Hong Kong and Singapore have signaled multiple times that they consider tokens at least partially as securities and that they will enforce their laws and regulations.

Imagine if ICOs Were Theme Parks

Investors in ICO tokens are making a bet that not only will the company they are investing in responsibly use the funds to build a functional product, they are also acting under the assumption that these firms can do so without being significantly hindered in their efforts by legal restrictions and the arm of the state.

Even more so, they are betting on an emerging token economy, in which platforms, apps, and networks become paywalled, each with their own native token.

Would it be possible to raise funds for a theme park solely through selling tickets and a private currency exclusively used inside of the park to purchase foods and souvenirs? Perhaps, but the token economy not only expects that you will exchange your bitcoin or dollars before you enter the park, but also that all employees and contractors that work inside of the park are paid in this in-game token, which they have to exchange again when exiting.

Also, if the park is properly decentralized, it remains without an owner and ruler, its blueprints visible to the public, free from restrictions that might prohibit another group to open another, identical park next door.

What if somebody copies the code to the park and modifies it to accept dollars or bitcoin, instead of tokens?

Between two parks that only differ from what currency they accept, it is not obvious which one would be more popular. Presumably, the first park has some early mover’s advantage, with touts, shops, and other visitors already populating it with joy.

On the other side, the first park comes with the extra cost of having to convert dollars, bitcoin, or ether to tokens and back. There will be spreads, slippage, and volatility.

Whether the original park has a chance largely depends on if the network effects of the park are stronger than the conversion costs of the token.

What Is the Velocity of Money?

“Velocity of money” is a measurement of how fast money changes hands, and how long people keep it with them.

At a given money supply, the higher the velocity of money, the less that money is worth. In situations where inflation eats away people’s savings, people tend to attempt to convert their savings into different assets. When this happens, the velocity of money hugely increases, further devaluing an already inflationary currency.

This conflicts with making the park easy to use and services easy to pay for. If you can only trade tokens outside of the park, for example, you will have to hold onto them for as long as you are inside of the park. Merchants and service providers who set up inside might even have to hold on to them for longer. If the park has a vibrant economy and incentivizes people to stay, the low velocity can guarantee a high return for investors.

Meanwhile, in the park next door that uses dollars natively, visitors, and merchants are not subject to exchange costs, spreads, and volatility. The volatility cannot be avoided without making the token entirely unattractive to investors, nullifying the proposition of the ICO.

If our original park were to attempt to compete by making it easier and cheaper to convert tokens, for example by providing a mechanism through which people can trade the tokens on their phone or connecting them to a credit card or Bitcoin’s Lightning Network, the cost and risk to buy and hold the token disappears, but with it comes the increased velocity that makes it worthless for investors.

ICOs building on the Token Economy are purely a bet on the velocity of that token. They are not a bet on the success or reach of the network or ecosystem they are promising to build. As much as these tokens are currently a financial success in the absence of usable products, they can be a financial failure once these products take off (if they are ever built).

As mentioned above, regulators consider ICO tokens largely as securities. That applies especially whenever tokens were bought with an expectation of profit, and the fruit of other people’s labor. It is irrelevant whether the ICO was labeled a token sale, token generation event or donation.

Apart from the difficulties of building a successful network while fighting regulators in court, the token economy relies on functional and liquid exchanges where these tokens can be exchanged into dollars and cryptocurrency, as well as other tokens.

The larger and “compliant” ICOs like Telegram or Filecoin have been using a regulatory framework called “Simple Agreement for Future Tokens,” or SAFT. Under this agreement, the token creation event is deferred into the future, and the tokens are only sold to accredited investors. In these cases, investors act more like VCs or traditional financiers, and the activity is less likely to be considered a regulated activity.

The investors in return promise to not dump the tokens on the open market. But loopholes still exist. Some are for example buying these tokens in the name of shell companies, then selling the shell companies. This way the tokens are technically still in the hands of their rightful hands and the SAFT has not been violated, even though their beneficial owners have changed.

The SAFT however also makes it far more difficult to establish the token economy needed to let these platforms flourish. If the token holders cannot pass on their tokens to open markets and end users, how will people pay with them?

Securities law will need a significant overhaul for SAFT investors ever to see their returns. While the SAFT regime might allow the creators and developers of platforms a bit more time to build their products before law enforcement comes knocking, it is nonetheless a risky bet on regulators to change their mind about ICOs.

Apart from the risk of exit schemes, embezzlement and other fraudulent behavior among ICOs, the token economy seems far-fetched.

Securities law will need a significant overhaul for SAFT startups to be able to offer their tokens to the open market, a process that can take multiple years and far exceed the expected lifespan of a startup without customers.

All tokens directly sold to end users are at high risk of being removed from the markets or driven underground, and developers will find it difficult to build their platforms under pressure from international law enforcement targeting them for securities fraud and money laundering.

Decentralized applications may succeed as we have learned from the Tor Project and BitTorrent, but they compete poorly with centralized alternatives like VPNs and free online streaming services.

Even when these decentralized networks emerge and prove to be popular, it is entirely unproven whether a network with a native token would succeed over one incorporating a more popular, less volatile and better built cryptocurrency, especially with solutions like the Lightning Network on the horizon.

Are investors informed and prepared?

What do you think of this theory? Are ICOs a wise choice, or a lottery ticket? Let’s hear your thoughts. 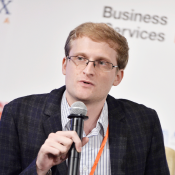 Leonhard Weese is the President of the Bitcoin Association Hong Kong, as well as a mentor for Fintech Supercharger, an Asian startup accelerator. His personal and professional interests lie with Bitcoin, IT security and online privacy.